Toronto, Ontario–(Newsfile Corp. – December 13, 2022) – YANGAROO Inc. (TSXV: YOO) (OTC Pink: YOOIF) (“Yangaroo“, “Company“), a software leader in media asset workflow solutions for the advertising and entertainment industries, further to its press release on December 6, 2022, is pleased to announce the closing of its non-brokered, unsecured, convertible debentures (the “Debentures“) for gross proceeds of CAD $500,000 (the “Offering“).

The Company completed the Offering to satisfy a condition of the National Bank of Canada (“NBC“) that the Company complete a financing for gross proceeds of CAD $500,000 in order for NBC to provide an amendment to a loan agreement related to all credit facilities of the Company held with NBC (the “Loan Agreement“).

As previously disclosed, the Company was in breach of its financial covenants pursuant to the Loan Agreement. As the Company has satisfied the condition of completing the Offering, the Company and NBC have entered into an amending loan facility agreement (the “Amendment“), which amends certain terms, such as the termination of certain of the credit facilities, a six-month principal holiday period beginning on January 1, 2023 during which the Company is required to pay interest only on its term loan facility, an increase in the interest rate from National Bank Prime Rate plus 2.45% to National Bank Prime Rate plus 4.45% on its term loan facility, and the amendment of certain financial covenants and ratios and reporting requirements. As a result of the Amendment, the Company is now in good standing with respect to its obligations to NBC.

As certain directors of the Company participated in the Offering, the Offering is considered a “related party” transaction subject to and in accordance with Multilateral Instrument 61-101 (“MI 61-101“). The Company relied on the exemptions from the valuation and minority shareholder approval requirements of MI 61-101 contained in Sections 5.5(a) and (b) and 5.7(1)(a) and (b) of MI 61-101.

Neither the Company, nor to the knowledge of the Company after reasonable inquiry, a related party, has had knowledge of any material information concerning the Company or its securities that has not been generally disclosed.

Pursuant to the Offering, the Company issued 250 Debentures to Mr. H Shepard Boone, a director of the Company, directly and indirectly, for total consideration of $250,000.

Mr. Boone’s acquisition of the Debentures was made for investment purposes and Mr. Boone intends to increase or decrease his holdings in the Company depending on market conditions and as circumstances warrant.

A report respecting this acquisition will be filed with the applicable securities commissions using the Canadian System for Electronic Document Analysis and Retrieval (SEDAR) and will be available for viewing on the Company’s profile at www.sedar.com.

None of the securities issued in connection with the Offering have been or will be registered under the United States Securities Act of 1933, as amended (the “1933 Act”), and none of them may be offered or sold in the United States absent registration or an applicable exemption from the registration requirements of the 1933 Act. This press release shall not constitute an offer to sell or a solicitation of an offer to buy nor shall there be any sale of the securities in any state where such offer, solicitation, or sale would be unlawful.

YANGAROO has offices in Toronto, New York, and Los Angeles. YANGAROO trades on the TSX Venture Exchange (TSX-V) under the symbol YOO and in the U.S. under OTCBB: YOOIF.

To view the source version of this press release, please visit https://www.newsfilecorp.com/release/147950

EWJ Should Benefit From A China Reopening (NYSEARCA:EWJ)

Wed Dec 14 , 2022
Eloi_Omella/E+ via Getty Images The iShares MSCI Japan ETF (NYSEARCA:EWJ) shows a very representative slice of the Japanese economy. What a lot of these stocks have in common is that they have a pretty substantial wallet share in China, especially the large allocation to industrial players. We think the next […] 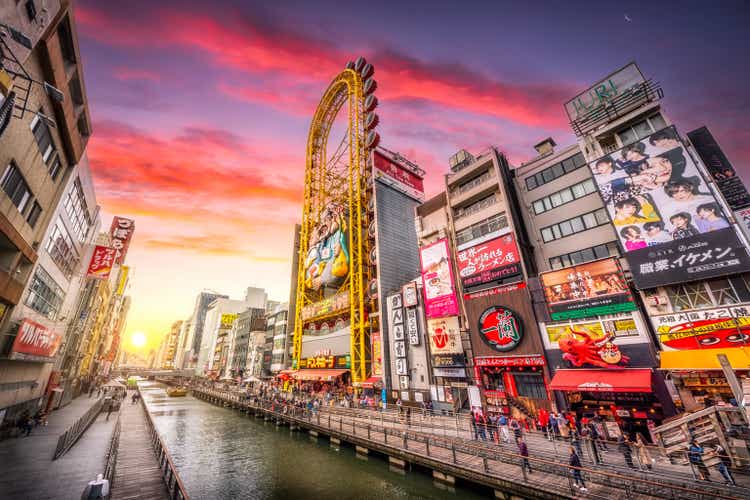