Nashville- Attorney General Skrmetti today joined a coalition of eight attorneys general, led by Kentucky Attorney General Daniel Cameron, in sending a letter to Dividend Solar Finance, GoodLeap, Riverbank, Sunlight Financial, and Solar Mosaic. The letter urges these solar lending companies to suspend loan payments and the accrual of interest for customers who financed the purchase of a solar power system from Pink Energy and have not received a working solar power system. The attorneys general also ask the lenders to assist Pink Energy customers who are experiencing other functionality and installation issues.

“This office is committed to protecting Tennessee consumers from unlawful and illegitimate business practices,” said General Skrmetti. “Companies that cheat customers through false representations should and will be held accountable. I’m proud of our Consumer Protection team’s diligence in investigating this matter.”

The Tennessee Attorney General signed onto this letter after an onslaught of complaints that consumers submitted before Pink Energy abruptly closed operations and filed for bankruptcy on October 7, 2022. Several consumer complaints have also been submitted since the bankruptcy filing, mainly by consumers who are worried about having to continue paying for a solar system that does not operate as promised. In their letter, the attorneys general explain that many of the complaints received by their offices allege that Pink Energy made “false representations regarding the systems’ capabilities and anticipated electric bill reduction.”

As a result, consumers “who were led to believe they were making an environmentally friendly and financially prudent decision by purchasing a solar power system from Pink, are now stuck making loan payments for an underperforming or non-functioning solar power system on top of their monthly electric bill.”

The coalition also notes that consumers have alleged that Pink Energy misrepresented consumers’ potential eligibility for tax credits. Many of the lenders’ financing arrangements presumed that even the ineligible consumers could use their 26% credit towards a lump sum payment.

However, as the attorneys general outline in the letter, “For many consumers, not receiving the promised tax credits has left them unable to make the necessary lump sum payment required to keep your company, or an affiliated lender, from substantially increasing their monthly loan payment. These consumers relied on Pink Energy’s representations regarding the tax credits in deciding that they could afford the terms of their loan, and the increased monthly payments are beyond what their budgets could handle – especially when the solar power system is not functioning properly (or at all).” 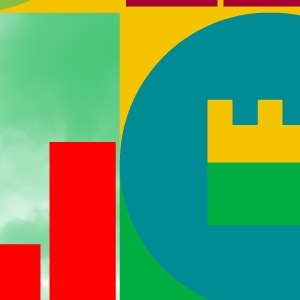