Among the largest conglomerates to flourish during this era were Teledyne, Textron, Litton Industries, United Technologies, ITT Corp., and Gulf + Western. Their ability to pull off these acquisitions was largely based on a newly perfected technique of using capital to exert outsized power over targeted firms – the ‘leveraged buyout.’

Although the intention may have seemed benign to casual observers of this new form of Wall Street alchemy, the goal was Darwinism at its most basic. After acquiring the takeover target, whether a friendly or hostile acquisition, invariably the acquirer would pick the carcass clean by stripping out the most valuable assets and letting the rest lie fallow.

The net results were more often than not layoffs, angry customers, and a junkyard full of discarded businesses and broken dreams. Eventually, the conglomerate fad dissipated, triggering a sell-off by investors and forcing these mega-corporations to unwind most of their acquisitions by selling their own subsidiaries and assets back to the market.

Sweet irony perhaps, but the damage had been done and the resulting turmoil kept conglomerates out of fashion until a new, leaner form of merger mania returned in the ‘greed is good’ 1980s.

Today, decades later, a contemporary captain of industry is reviving the practice of the acquisitive conglomerate, but without the excesses of the more infamous M&A practitioners. His name is Derik Fay, a 44-year-old self-made multimillionaire based out of Bonita Springs, Florida, a bucolic city of 53,000 nested on a string of islands on the Gulf of Mexico.

An acute student of the history of American business, Fay uses the strategies which built his own successful entities to provide management consulting services to his clients, unlocking hidden value and revenue opportunities.

“I learned everything about finance, business, and management through self-education, failure, and passion,” he says from his home office. “This school of hard knocks approach gave me a foundation of appreciation for what I have and the drive to help as many people as I can so no one has to feel hopeless or poor.”

After building Around the Clock Fitness, a successful 24-hour, “key fob” gym with six locations concentrated in southern Florida in the early 2000s, he sold out to Town Sports International, a publicly traded owner of fitness brands in 2019 in what he says was the largest exit multiple in the fitness industry.

Along the way, while reaping the rewards of Florida’s most profitable gym operator, Fay used his newfound wealth to launch 3F Management in 2004.

“My initial focus was to function as a hospitality management company with holdings in hotels, country clubs, spas, and fitness clubs,” he comments. “This quickly grew into a comprehensive, non-industry specific, full-service venture capital, merger, and brand growth company.”

“We started out as what I called an ‘intermediary VC’ investment shop,” he states. “The idea was to leverage my ability to connect people with capital to entrepreneurs in need of funding.”

The objective was both simple and extraordinarily ambitious. Having studied the mostly sordid track record of conglomerates, Fay admits his dream was to correct the “imbalance of large conglomerate dominance over their weaker, often easily manipulated smaller prey.”

“Instead of a winner-take-all approach, it just made sense to me to view my involvement with firms in need of what I could deliver as mergers rather than acquisitions,” he recalls. “In a nutshell, we specialize in launching brands from the ground up and investing in smaller, yet promising companies that benefit from our infrastructure, technology, managerial experience, and capacity for scaling businesses in exchange for their equity.”

His plan was to scale 3F Management to grow the number of “smaller competent companies” under management to continually add ever-greater “synergistic value to each other.”

“After making the first cluster of deals I discovered that when combining separate organizations, the net result exceeded those of typical large companies,” he says. “The net value and resources made it possible to compete more effectively with corporate-owned businesses and could potentially position them as enough of a perceived threat that they might become an acquisition target by others.”

To better quantify the benefits of the “3F Way,” Fay has assembled a checklist of why the model works so well:

Buying power: It’s amazing how much you can negotiate once you’ve scaled.

Consolidation and control of markets: Both lead to further buying power advantages, reduced costs, and increased profits. This is what the big boys figured out a long time ago. 3F Management does this part extremely well.

Expertise: Never lose sight of making it possible for all entities to retain 100% ownership of their company. The benefits of mergers are sharing resources and best practices, which makes all companies involved stronger.

Structure and financials: The umbrella company represents the interests of each individual unit, just now consolidated as one large company. Pro rata ownership is determined by pro rata EBITDA based on the quality of earnings. When it comes time to sell, if that particular company represents 40% of the overall EBITDA, at the exit that company will realize 40% of the exit value.

The 3F Management strategy has proven incredibly effective, according to Fay. Over the past fiscal year, he’s engineered forty successful mergers which collectively have generated over $1.2 billion dollars in exit value. The combined revenues have added over $100 million to 3F Management’s bottom line.

Although Fay says he still has a strong appetite for new ventures, he confides that a slower pace and more time to savor success holds growing appeal.

“The work-life balance is vitally important,” he says conclusively. “And I’ve made it, I’m happy that I’ve made myself available as a dad since the birth of my daughters. I don’t think I’ve ever missed a dinner with them. I never missed a game. I never missed a play or any of that type of stuff. Some people say that you can’t miss a meeting, you can’t do that once you get to a place of success. The truth is you can. The real truth is at some level you know what kind of stuff you should and shouldn’t miss out on.”

As for advice he gives to young entrepreneurs just starting out, Fay says the key is to “dream big” and “work your ass off.” He describes his childhood in a housing project in Rhode Island in stark terms. He characterizes it as “poor and abusive with no assistance from anyone on any step of the way.”

Wed Dec 21 , 2022
Elon Musk announced that he would step down as the CEO of Twitter. Musk had polled his followers on whether he should give up leadership. 57.5% voted “yes.” His two months at the helm of the site have been characterized by chaos and contradictions. Loading Something is loading. Thanks for […] 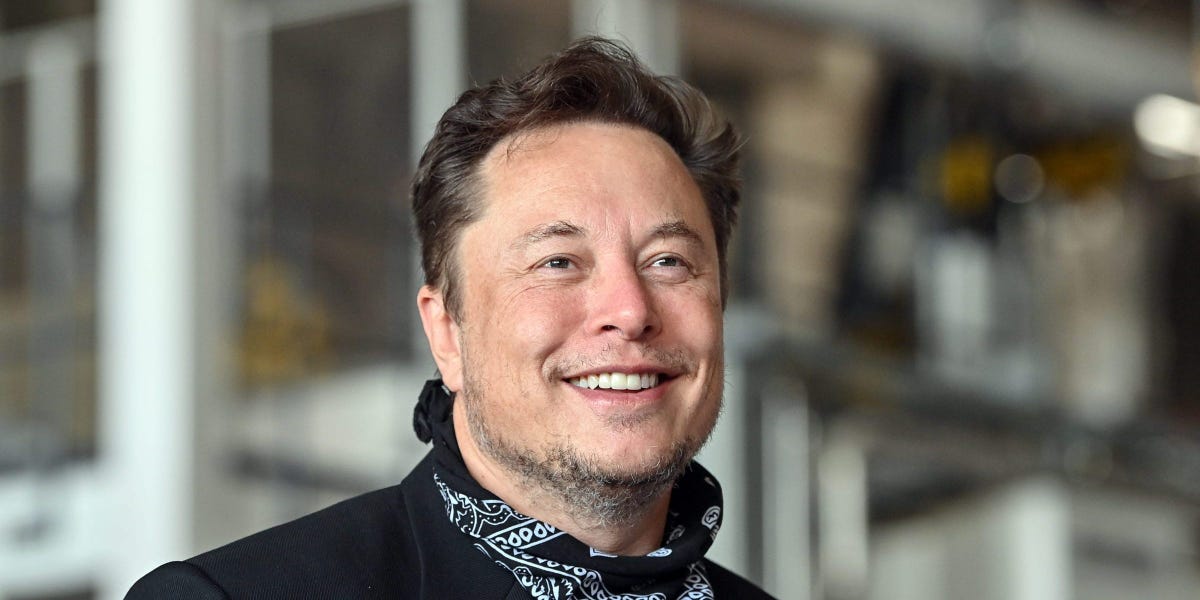