This is the third installment in a series of blog posts on racial inequality produced by the Office of Economic Policy.  The other posts can be found at these links:  1. Racial Inequality in the United States, 2. Racial Differences in Economic Security: The Racial Wealth Gap

In this blog post we discuss the stark differences in homeownership and housing wealth across racial and ethnic groups in the United States, which are key contributors to the persistence of the racial wealth gap[1] and drive differences in economic security across groups.

In addition to the substantial sense of security that housing stability provides, homeownership imparts many economic benefits to households including unique access to leverage, a hedge against rising rents, tax deductions for mortgage interest and property taxes, low capital gains taxes relative to other investments, and, crucially, a vehicle for building wealth.  Households outside the top wealth decile derive more wealth from housing equity than from financial assets, businesses, or other components of non-retirement wealth.[2]

Homeownership can have some drawbacks, including high transaction costs, the lack of diversification compared to assets like index funds, the correlation of price risk with local labor market outcomes, and restricted mobility.  Despite these costs to households and the macroeconomy, the benefits have largely been perceived to outweigh the costs.  As such, government policy over the last century has been designed to promote homeownership by instilling additional economic benefits to homeowners in the form of the tax benefits discussed above and other policies such as tax credits for first-time homebuyers.

In this post, we begin by discussing racial disparities in rates of homeownership, their persistence over time and across the lifecycle, and their determinants.  We then highlight differences in home values, housing returns, and distressed home sales across groups and conclude by showing how all of these factors combine to produce large disparities in housing equity wealth.

Notes: Figure displays the proportion of all households that are homeowners.  Hispanic includes anyone of Hispanic ethnicity regardless of race.  Other includes people who are Asian, Native Hawaiian or Pacific Islander, and American Indian or Alaska Native and those who report two or more races.

Racial disparities in homeownership emerge early in the lifecycle and persist throughout.  In 2019, white households, no matter the age of the household head, had homeownership rates at least 10 percentage points higher than Black and Hispanic households (see Figure 2).

These disparities impact the economic security of Americans of all ages and have effects that span generations.  For younger households, homeownership facilitates wealth accumulation early in their working years, which builds on itself and can later be used to pay for unexpected expenses, kids’ education, or retirement.  However, since younger adults are delaying household formation and home purchases,[4] these benefits are diminishing for younger generations, which are increasingly diverse across races and ethnic groups.[5]  For older households, homeownership is a key source of retirement stability—one study shows that homeowners have flat or increasing net wealth in retirement as opposed to renters who have a faster rate of asset decumulation.[6]

Notes: Figure displays homeownership rates by age group and race/ethnicity.  Other includes people who are Asian, Native Hawaiian or Pacific Islander, American Indian and Alaska Native, or any other race.

The disparities in homeownership rates are attributable to many factors.  For one, past government policies supported white homeownership while excluding many Black households from similar benefits.[7]  As an example, there is evidence that the Federal Housing Administration rarely insured loans in low-income, urban neighborhoods, where most Black Americans lived in the 1930s.[8]  This exclusionary behavior prevented many Black households from owning homes and likely contributes to the persistence of racial homeownership gaps today given the positive association between parental and child homeownership.[9]

Also to blame is past and current discrimination in the private mortgage market, historically in the form of withholding mortgage services in “redlined” neighborhoods[10] and more recently in the form of an increased likelihood of mortgage rejection and higher offered mortgage rates and fees for minority borrowers.  Leading up to the housing crisis of the mid-2000s, Black and Hispanic mortgage applicants were more likely than similarly qualified white households to be rejected or to receive worse terms even after proxies for credit history and wealth are taken into account.[11]  Since the housing crisis, mortgage practices appear to have improved as recent research has not found evidence of continued widespread discrimination by race in mortgage rates, although other forms of discrimination in the mortgage market over this time period require further study.[12]

Finally, continued gaps in homeownership can be partially attributed to stark differences in other indicators of economic well-being, such as inheritances, family income, and education.[13]  For instance, Black and Hispanic households get less down-payment assistance from relatives, a result of receiving markedly less intergenerational inheritances and gifts than white Americans[14] that further underscores the long-lasting benefits of wealth accumulation for households and the harms from its absence.[15]  We will explore the disparities in income and education in future blog posts.

In addition to racial disparities in homeownership rates, there are also significant differences in home values and housing returns—defined as the difference between what the home is sold for and the all-in costs of buying and owning the home—across races and ethnic groups.  Research suggests that the ratio of the average white household’s home value to the average Black household’s home value today is 2.5, the same as it was in 1970,[16] and that housing returns are 3.7 and 2.0 percentage points lower for Black and Hispanic homeowners, respectively, than for white homeowners.[17]

Differences in housing returns may be driven by differences in the costs of purchasing a home or in home appreciation.  With respect to housing costs, there is evidence that Black and Hispanic homebuyers have paid more than white homebuyers for similar quality homes[18] and bear a higher property tax burden than white homeowners within the same jurisdiction.[19]  At the same time, research suggests neighborhoods with higher shares of Black and Hispanic residents have experienced lower real housing appreciation,[20] and homes in those neighborhoods are more likely than homes in majority non-Hispanic white neighborhoods to be appraised at values below contract prices,[21] the latter of which could disproportionately burden Black and Hispanic refinancers.  Appraisal bias is a form of discrimination which has only recently started to receive sufficient attention,[22] and it could severely limit Black and Hispanic homeowner’s ability to refinance.  It is an important area for future research and policy action.[23]

Racial differences in rates of distressed home sales also contribute to racial differences in housing wealth and the racial wealth gap.  Distressed home sales tend to generate substantial wealth loss because most mortgage defaults occur among homeowners with positive home equity[24] and most homes sold in foreclosure are sold at a considerable discount.[25]  Therefore, groups that are more likely to experience distressed sales have the potential to be disproportionately harmed, and, over the last three decades, rates of foreclosure have consistently been higher for Black or Hispanic households than for white households (see Figure 3).

Notably, just prior to and during the Great Recession, foreclosure rates skyrocketed for Hispanic and Black households and increased relatively modestly for white households.  The preponderance of evidence that Black and Hispanic borrowers were offered higher-cost mortgage products than similarly qualified non-Hispanic white borrowers between 2004 to 2007 suggests that high-risk lending practices disproportionately directed at these groups may explain the relatively large differences in financial distress during this period.[26]  In addition, a recent study highlights the roles of higher rates of income instability and illiquidity among Black and Hispanic homeowners in explaining differences in financial distress across groups over the last several decades.[27]

Notes: The figure plots the quarterly foreclosure rate by race and ethnicity from a sample of homeowners with observed purchase prices in the Home Mortgage Disclosure Act data.

Figure 4. Racial Differences in Housing Equity Wealth Over the Lifecycle, 2019

Notes: Figure displays average housing equity wealth by age group and race/ethnicity.  Other includes people who are Asian, Native Hawaiian or Pacific Islander, American Indian and Alaska native, or any other race.

The special role that homeownership plays in wealth building and economic security underscores the need to address the disparities outlined in this blog post.  Owning a home continues to be the primary source of wealth for most Americans, and efforts must be made to extend the benefits of homeownership to people who have long been shut out of the market.  In addition, increasing homeownership rates for Black and Hispanic households can have long-lasting effects that spread to other households and future generations as well.[29]

Insights from economic research suggest paths forward for making homeownership more accessible, but more on the factors mentioned in this post—including discrimination in the mortgage market, disparities in down payment assistance, and appraisal bias—is needed to understand which of these paths are most relevant in our current housing market.  Critically, a complete approach to addressing disparities in homeownership and housing wealth requires understanding how race interacts with fundamental outcomes in other sectors, such as the labor market and education, which we will explore in future blog posts. 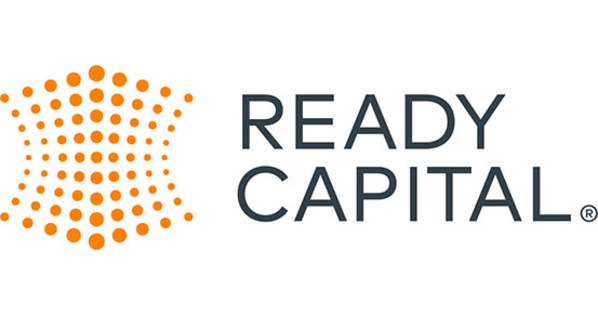