CAIRO Oct 16 (Reuters) – OPEC+ member states lined up on Sunday to endorse the steep production cut agreed this month after the White House, stepping up a war of words with Saudi Arabia, accused Riyadh of coercing some other nations into supporting the move.

The United States noted on Thursday that the cut would boost Russia’s foreign earnings and suggested it had been engineered for political reasons by Saudi Arabia, which on Sunday denied it was supporting Moscow in its invasion of Ukraine.

Saudi King Salman bin Abdulaziz said the kingdom was working hard to support stability and balance in oil markets, including by establishing and maintaining the agreement of the OPEC+ alliance.

The kingdom’s defence minister and King Salman’s son, Prince Khalid bin Salman, also said the Oct 5 decision to reduce output by 2 million barrels per day – taken despite oil markets being tight – was unanimous and based on economic factors.

His comments were backed by ministers of several OPEC+ member states including the United Arab Emirates.

The Gulf state’s energy minister Suhail al-Mazrouei wrote on Twitter: “I would like to clarify that the latest OPEC+ decision, which was unanimously approved, was a pure technical decision, with NO political intentions whatsoever.”

“There is complete consensus among OPEC+ countries that the best approach in dealing with the oil market conditions during the current period of uncertainty and lack of clarity is a pre-emptive approach that supports market stability and provides the guidance needed for the future,” SOMO said in a statement.

Oman and Bahrain said in separate statements that OPEC had unanimously agreed on the reduction.

Ghais later told a news conference that the organisation targeted a balance between supply and demand rather than a specific price.

Oil inventories in major economies are at lower levels than when OPEC has cut output in the past.

Some analysts have said recent volatility in crude markets could be remedied by a cut that would help attract investors to an underperforming market.

U.S. National Security Council spokesman John Kirby said on Thursday that “more than one” OPEC member had felt coerced by Saudi Arabia into the vote, adding that the cut would also increase Russia’s revenues and blunt the effectiveness of sanctions imposed over its February invasion of Ukraine.

King Salman said in an address to the kingdom’s advisory Shura Council that the country was a mediator of peace and highlighted the crown prince’s initiative to release POWs from Russia last month, state news agency SPA reported.

Khalid bin Salman said on Sunday he was “astonished” by claims his country was “standing with Russia in its war with Ukraine.”

“It is telling that these false accusations did not come from the Ukrainian government,” he wrote on Twitter.

Mon Oct 17 , 2022
omersukrugoksu/iStock via Getty Images The margin’s high-rate sensitivity will boost the earnings of First Financial Bancorp. (NASDAQ:FFBC) through the end of 2023. Further, mid-single-digit loan growth will support the bottom line. On the other hand, the normalization of provisioning expenses for loan losses will limit earnings growth. Overall, I’m expecting […] 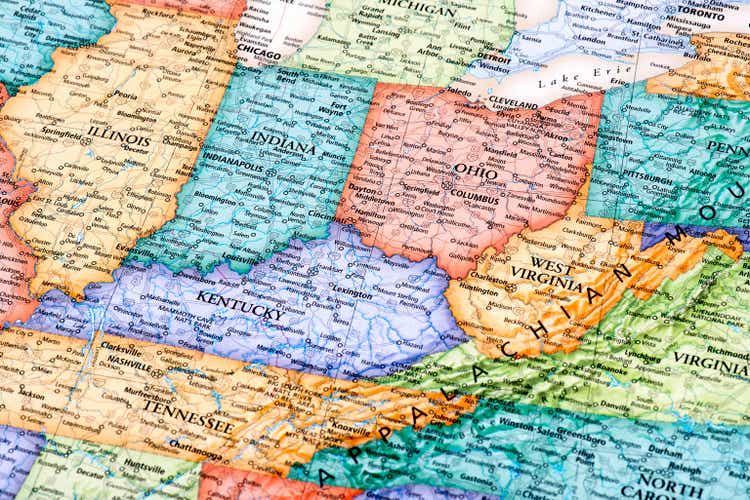