At the end of the memoir “Noah’s Rejects,” author Rob Kagan, his wife and their daughters made the decision to leave their home on Chappaquiddick, an island nestled by Martha’s Vineyard.

It wasn’t easy, Kagan said. The island had been their home since just after Kagan and his wife got married. It was a place they loved, where Kagan had built a property management business offering repair services to people who owned vacation homes on the island. It was a place where their friends lived, a collection of beloved misfits.

“When I came up with the term ‘Noah’s Rejects’ I thought of it as a badge of honor,” Kagan said. “Us people braving it on this island and coming together for this unique kind of life, you know? Artists, funkier people who don’t fit into the norm of society. And I really think it’s a kind of place where people can be individuals.”

The book is a love letter to the island as much as it is a survival guide to the more difficult parts of living in a vacation paradise: housing costs are prohibitively expensive; services, from medical specialists to home insulation help, are hard to come by; and the community of just over 100 year-round residents can help form wonderful friendships, but also creates a world in which it’s hard to reinvent oneself and recover from mistakes.

“On the island, it’s so small. It’s like a fishbowl. Everyone knows your peculiarities or what you tried, and it’s so it sticks with you,” he said. “Another big thing that that I found writing this book and thinking about this a lot was how bad behavior is normalized on the Vineyard.”

Out of college, Kagan started a chain of retail stores with his brother called World View Graphics. They had locations on islands and seaside towns: Newport, Martha’s Vineyard, Saint John, Key West.

“It’s paradise, right? But it’s so hard to live there. And it shouldn’t be that hard.”

Then Kagan met his wife. His brother got married, too. They decided to settle down, and Kagan ended up buying a home in Chappaquiddick.

“It wasn’t a year-round house,” he said, meaning it was suitable for warmer summers but not brutal New England winters. But contractor after contractor told him they don’t do business in Chappaquiddick because it’s too small, too far and too hard to get to.

“I figured if I’m having this kind of trouble, everyone is,” Kagan said. “And so because I’m an entrepreneur, I was like, OK, I’ll put together a mailer and I’ll send it out to the homeowners on Chappaquiddick.”

Within a month, he said, he had 60 customers. The mailer became the business Chappy Unlimited, through which he managed property and doing home repairs for people who own glitzy vacation homes on the island.

Kagan and his family now live in Newton. His daughters are teenagers, and he works for a software company. He started writing the book as a tribute to his daughters, he said.

“It’s paradise, right?” Kagan said. “But it’s so hard to live there. And it shouldn’t be that hard.”

Kagan and his wife still talk about moving back to Chappaquiddick someday, maybe, when their daughters are adults.

“My younger daughter, every day after we left for a year, was like, ‘You ruined my life,’” Kagan said. “Now, as a teenager five years later she’s like, ‘I think you made the right decision.’”

Let our headlines come to you.

Morning Edition co-hosts Paris Alston and Jeremy Siegel bring a whole new vibe to mornings. Sign up for their newsletter, “The Wake Up,” landing in your inbox every Tuesday and Thursday morning.

Sat Dec 24 , 2022
BuzzFeed acquired Complex in 2021 in a bid to reach new audiences and advertisers before going public.  BuzzFeed recently cut 180 staffers, including several top Complex execs, and some feel Complex has been mismanaged. Complex insiders worry that the cuts threaten their brand’s future. BuzzFeed celebrated its December 2021 IPO […] 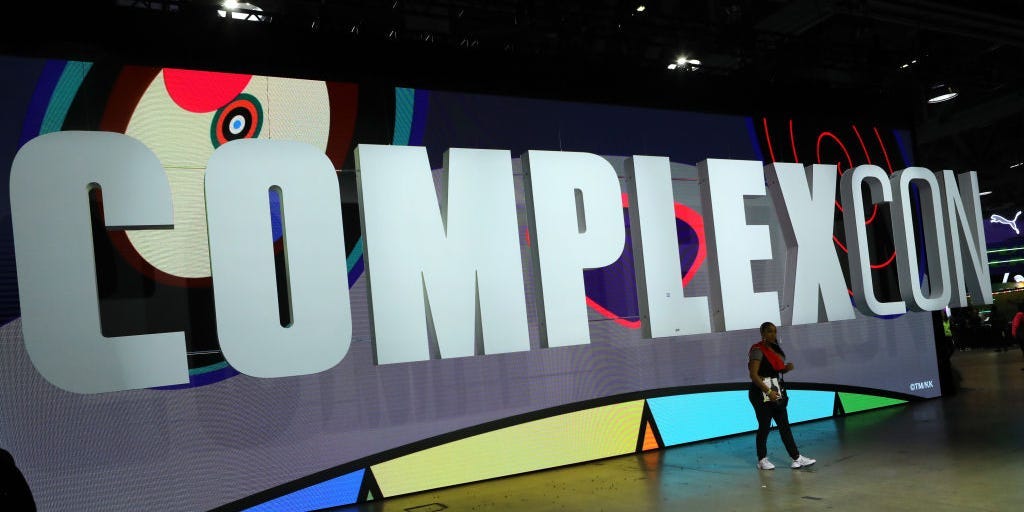