MrBeast, the world’s biggest YouTuber, has said that he backs Twitter owner Elon Musk stepping down as its CEO.

Musk published a poll on the site on Sunday, asking users to vote on whether he should step down. “I will abide by the results of this poll,” he tweeted.

MrBeast, whose real name is Jimmy Donaldson, replied to Musk a few hours after the poll was posted, saying: “If you’re going to keep doing stuff like this, yes. 🤮.”

“Going forward, there will be a vote for major policy changes,” Musk tweeted afterwards. “My apologies. Won’t happen again.” The company then released a poll on one if its Twitter accounts, asking users whether it should create a policy “preventing the creation of or use of existing accounts for the main purpose of advertising other social media platforms.”

The original policy would have prohibited users from sharing links to other social-media sites or tweeting out their handles, thereby making it difficult for content creators to promote their work and accounts on other platforms.

Donaldson has previously criticized Musk’s vision for Twitter, including his plans to lure YouTubers onto the site by offering them higher pay. “I’d be shocked if you crack that code,” Donaldson tweeted at Musk.

Just over 17.5 million people participated in Musk’s Twitter poll, with 57.5% voting in favor of his stepping down as CEO.

What To Expect From The Fed’s First Meeting Of 2023

Tue Dec 20 , 2022
Jerome Powell, chairman of the US Federal Reserve, takes a question during a news conference … [+] following a Federal Open Market Committee (FOMC) meeting in Washington, DC, US, on Wednesday, Dec. 14, 2022. Photographer: Al Drago/Bloomberg © 2022 Bloomberg Finance LP Short-term interest rates will be announced at the […] 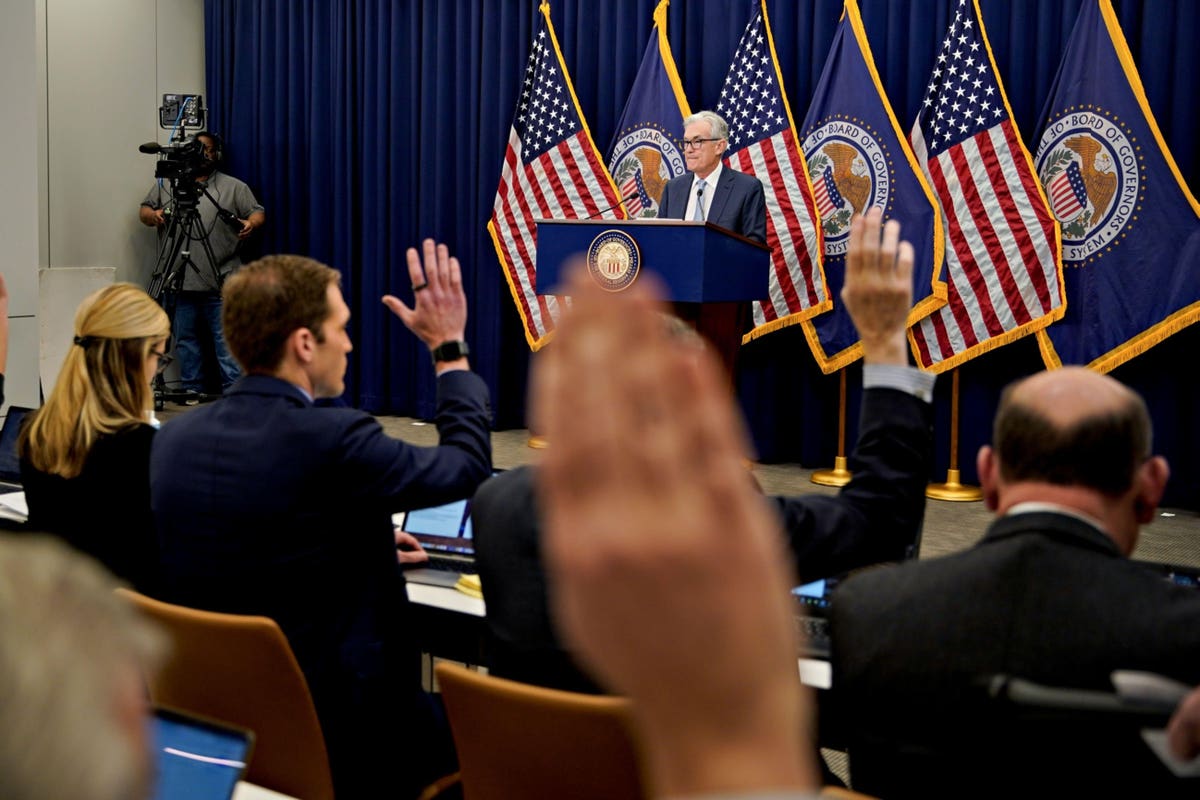