Skip to content
Written by Michael Lewis on November 1, 2022

In his latest service, a dinner to honor digital legend Manny Medina began with praise by many but ended with Mr. Medina warning that we are ignoring Miami’s elephant in the room.

That elephant is not the digital divide that he narrows professionally, but the expanding gulf between ultra-rich who flock here and the growing ranks of Miamians who teeter a single paycheck from poverty.

Hundreds of admirers of Mr. Medina, chairman of Medina Capital, had gathered at Jungle Island as the Greater Miami Chamber of Commerce handed him its Sand in My Shoes award for long-term community impact.

In accepting, Mr. Medina related how he arrived in Key West by boat at age 13 with his 10-year-old sister and “lucky for us at that time there were no relocations to Martha’s Vineyard, so we had to stay in Miami,” where he thrived in accounting, then development, and then in information infrastructure that created the NAP of the Americas and later eMerge Americas.

“We are at the very beginning of this $10 billion digitization,” he proclaimed. And then the tone shifted.

“The only thing I worry about,” he said, “is the divide there is in Miami.”

He pointed out that diners on filet mignon were honoring him while a much larger segment of Miami is far across the great abyss between haves and have-nots “one paycheck away from being homeless.”

He not only highlighted a gulf that we often ignore, but he offered a roadmap. “That divide is something that could be significantly deteriorating in our way of life,” he warned, ending by asking guests to individually “think about what I can personally do to narrow that divide.”

The gap is wide. County Mayor Daniella Levine Cava, who spoke at the dinner, told the Consular Corps of Miami earlier that day that Miami-Dade is the least affordable place to live in the nation.

Mr. Medina brought his message to the right people and challenged them to act on a scandal that we often ignore in our rush to grow. Growth is important, but inclusive growth that can close the divide is even more vital, because a large gulf can create a third-world city in what is on track to be a mecca.

The picture of itself this nation always painted, often accurately, is crumbling. In that image, the average person, by hard work, could always provide for a family to live, if not in luxury, at least free from cares. We believed it could always be done.

Was that always true? Of course not. But most of us believed we could not just live but succeed, and that our children could do even better. That’s what happened to Manny Medina.

It’s getting harder to hold up such a picture of Miami. We all know it, but it took Mr. Medina on stage to say that closing the abyss between luxury and poverty and helping more people climb the ladder to a better life is required not just of government but of us all.

Note that Mr. Medina did not offer a recipe for that. It’s complex. No silver bullet, no single program can close a gulf that has been expanding for half a century. No, this problem requires steps in multiple directions.

Take housing. Mayor Levine Cava at lunch told the consuls general that the county is short 100,000 affordable and workforce housing units. About a quarter that number, she said, are in the pipeline.

To add enough requires private enterprise to profit while building good housing that hundreds of thousands need, with governments easing paths to that aim.

That’s just one component; none is easy.

Wages are too low for many. Better transportation to work is vital. Health care is a challenge. Resources constrict philanthropy. Tax policy favors the ultra-rich. Educators are underpaid. Those just a few pieces of a vast puzzle. We are talking about closing a national income divide.

Not everyone can be or should be rich. But everyone who can work needs an opportunity to earn – not be handed, but earn – a decent living and the chance to rise. That is the foundation of capitalism, that not everyone will rise but that everyone can find a level playing field to try.

The converse is that when people believe they cannot have a decent living no matter how hard they try and lose hope, the days of democracy and capitalism are numbered. As the barbell society grows, with haves at one end and have-nots at the other and no large middle class, we move closer to walls to guard the rich of a discontented society. Look at Latin America. Mr. Medina, who fled communist Cuba, knows all about that.

Ethically, we all bear a responsibility to close the gulf that divides this society. Everyone deserves opportunity. Selflessly, it’s just right.

Beyond selflessness, however, are the dangers to our way of life of a divide: our national political division is widened by the disaffected who feel left out of general well-being; some took to violence in Washington. Few who harbor hopes would jeopardize them that way. People who view themselves as losers have no constraint.

Much of the divide is measured not by paychecks or size of house but by hopelessness fueled by being left behind.

Mr. Medina and his parents believed they could succeed in a land they came to with no resources, not even the language. His father drove a taxi, his mother made hotel beds and worked a second job peeling shrimp. Today, Mr. Medina is an industry giant.

As long as people believe some rise is possible – not guaranteed, but possible if you try hard enough – Miami and this nation will remain global beacons.

Mr. Medina’s plea was not only heartfelt but in the right place at the right time: every well-placed institution, company and individual needs to focus on closing the gulf that kills hope. 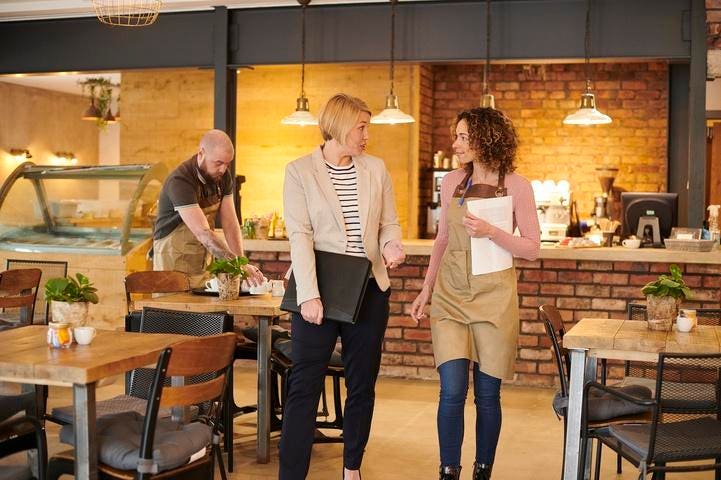