Alarmingly, Alphabet’s diluted EPS contracted by 25% y/y due to the adverse impacts of a strong dollar (FX changes) and a poor macroeconomic environment in general. Due to the overwhelming majority of Alphabet’s costs being based on US dollars, we are seeing an outsized impact on profitability (compared to revenues). And according to management’s outlook, FX impact is likely to cause more pain in Q4 2022.

Now, if you have been following my recent research work on Alphabet – “Google: My Favorite Contrarian Bet In This Uncertain Market” – you learned about this impending pain two weeks ago, along with my detailed investment thesis for Alphabet. As of writing, Alphabet is down ~7% in the after-hours session, and considering the quantum of deterioration in Alphabet’s financial performance, it is fair to assume that this drop is justified and deserved. In my opinion, Alphabet’s Q3 was not surprising at all, and the stock’s sharp decline is simply Mr. Market being a near-term focused voting machine.

While Alphabet’s business is decelerating across the board, Search and Cloud business segments are holding up well in a challenging macro environment, and secular tailwinds should continue to result in solid momentum within these segments for years to come. As you can see, Alphabet’s hardest-hit business segment is YouTube, and weakness here is the result of multiple factors, including pullback from advertisers (poor macro), the resounding success of Shorts (YouTube Shorts is taking a greater share of engagement on YouTube, creating a negative impact on revenue due to lower monetization), and FX changes. According to management’s commentary, Alphabet is investing aggressively in Shorts, and the company is working hard toward better monetization of this product. In due time, I expect YouTube revenues to re-accelerate (likely in H2 2023), and my conviction is based on positive engagement trends seen in short-form videos and YouTube’s traffic data.

More than (macro-driven) revenue slowdown and forex impact, I believe Alphabet’s hiring spree from the past two years is feeding investor concerns around profitability. After all, Alphabet’s headcount growth is outpacing both revenues and earnings. The good thing here is that Alphabet’s management is already working on fixing this problem by streamlining their investments into the highest growth opportunities (re-aligning talent to focus on fewer projects). The shutdown of Stadia is an example of the cost-cutting measures being implemented at Alphabet. Here’s what Sundar and Ruth had to say about Q3 in their press release:

While Alphabet’s management only guided for halving the pace of recruitment in Q4 after adding 12K employees in Q3, I think the above commentary is signaling potential layoffs and business restructurings in upcoming quarters. If the macro environment worsens and Alphabet’s employees fail to pick up productivity, I can see management pulling cost levers as needed.

With all of this being said, Alphabet remains a cash-flow printing machine (FCF of $16B+ in Q3 and $63B in the last twelve months). Furthermore, a cash cushion of $116B gives Alphabet one of the strongest corporate balance sheets on this planet. Lastly, the implementation of Alphabet’s humongous stock buyback program ($70B) at a relatively-low valuation (~15x forward P/E) should allow the company to significantly boost shareholder returns via financial engineering. As we saw in my previous note, Alphabet is trading at or close to its lowest-ever valuation multiple. And despite a subdued Q3 earnings report, the stock is still undervalued and continues to offer asymmetric risk/reward. Here’s TQI’s updated valuation for Alphabet:

Now, the macroeconomic environment remains uncertain. With consumer savings down from $6.5T to $650B and consumer credit card debt reaching all-time highs of $970B recently, I believe we are already in (or are set to) experience a consumer recession. Alphabet’s Q3 earnings report supports this thesis [as advertisers pulling back ad spending is a historically-proven precursor to economic recessions], and more pain could be heading our way in Q4 and 2023. The depth and length of this recession are not something I can predict, nor do I know when or where Alphabet’s stock will bottom. However, let’s take some help from technical charts to revise some key important levels.

Before we look at the latest technical chart for Alphabet, let’s revisit some of my previous remarks:

After a corrective move in 2022, Alphabet’s stock is sitting ~35% off its all-time highs and recently made a new 52-week low. Here’s an excerpt from my previous research note on the company:

Recently, Alphabet has been forming a base in the $105-115 zone. After the Q2 report, Alphabet’s stock is bouncing ~5%; however, the stock remains firmly entrenched in its downward wedge pattern. At current levels, Alphabet is trading in a no-trade zone. If the stock can rally past the $120-$135 resistance zone, it could hit new highs over the coming months. On the contrary, if it fails to break past $115-120 in the near-term, Alphabet could easily test a long-term support trendline and 200DMA at ~$90-95 (and a break of this support could send the stock to a pre-COVID high of $75 (unlikely, but possible)).

The recent breakdown of June lows is a cause for concern, and the $90-95 support zone for Alphabet’s stock is very likely to be tested in the coming weeks. As we have discussed in the past, a failure to hold there would take us down to pre-pandemic levels [$70-75].

While Alphabet is getting close to oversold on the 14-day RSI heading into Q3 results on 25th October 2022, a weak quarterly report or guidance could trigger another leg lower in this counter. Hence, I think the buying opportunity may get better in the upcoming weeks.

The breakout of the $105 level on Alphabet never materialized during this recent bounce-up in tech stocks, and Alphabet could start trading tomorrow in double-digits once again.

Looking at after-hours price action in the aftermath of Alphabet’s Q3 earnings report, I think a re-test of the $90-95 support zone is very likely to materialize over the next couple of trading sessions. Last time around, Alphabet’s stock held firm at this support zone, but this time may be different as sentiment is extremely bearish after a disappointing quarter. As I have said before, a full-blown recession could take Alphabet’s stock down to $70-75 in the first half of 2023, and we may get there earlier, on time, or never at all.

Eventually, none of us have a crystal ball to nail the absolute bottom in stocks (or any asset, for that matter). And thus, there’s no point in speculating anything. Due to the potential near-term downside risk, I prefer accumulating more shares in Alphabet using a DCA plan (buying at regular intervals) over a long period of time.

Overall, Alphabet’s Q3 earnings report was uninspiring but not at all surprising. From a long-term investor’s perspective, this report was inconsequential. In conclusion, I would like to reiterate the following –

Alphabet is an absolute juggernaut in the digital advertising space; however, it is not immune from the macroeconomic environment. As the advertising market contracts, Alphabet’s financial performance will deteriorate too. Hence, Alphabet is entering a tumultuous period. To its credit, Alphabet is flush with cash, and eyeballs continue to crowd its core digital assets – Search and YouTube. And Google Cloud continues to grow rapidly. A recession will come and go, Alphabet is not going anywhere.

While Alphabet’s stock may see some more pain in the near term, the stock has never been cheaper in its entire trading history. From current levels, Alphabet has a downside risk of ~25-30% in the near to medium term and an upside of ~200% for the next five years. Therefore, Alphabet is an asymmetric contrarian bet for bold, long-term investors. Due to considerable near-term downside risk, I will be using a DCA plan to spread my purchases over the next 3-6 months.

Source: Google: My Favorite Contrarian Bet In This Uncertain Market

To put it simply, ignore the noise of near-term business fluctuations. Keep calm, accumulate Alphabet, and hold on for dear life [HODL].

Key Takeaway: I rate Alphabet a “Strong Buy” in the $90s, and I prefer slow accumulation due to heightened near-term downside risks.

Thu Oct 27 , 2022
Governor Kathy Hochul announced applications are now being accepted from small businesses that have successfully completed the pre-screening process to become certified for the COVID-19 Capital Costs Tax Credit Program, which supports companies that made investments to comply with emergency orders and regulations or to increase public safety in response to COVID-19.        “When the pandemic devastated […] 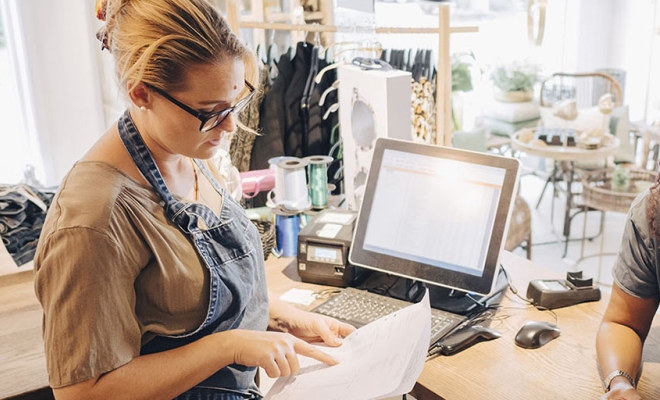