The former workers allege that SpaceX terminated their employment for participating in “concerted protected activities.” Those protected activities included putting together an open letter in June that alleged SpaceX’s “current systems and culture do not live up to its stated values.” According to a copy of the letter attached to one of the complaints, the former employees claim Musk’s public comments were a “frequent source of distraction and embarrassment for us.”

SpaceX did not respond to a request for comment, nor has it responded to routine requests from reporters in years.

The company, which Musk founded in 2002, is one of the most influential and powerful commercial space companies in the world. It holds billions of dollars worth of contracts with the US military and NASA, including deals to deliver astronauts and cargo to the International Space Station as well as a contract to ferry astronauts to the lunar surface as part of the space agency’s cornerstone Artemis program.

The existence of the letter, which was signed by at least 400 other employees, was first reported by The Verge, and the New York Times broke the news Thursday that eight of nine employees who allege they were fired for their involvement in drafting or sharing the letter were filing formal NLRB complaints. SpaceX has nearly 10,000 total employees, according to an NLRB complaint.

A lawyer representing Paige Holland-Thielen, one of the terminated SpaceX workers who held the role of lead avionics operations and automation engineer, sent CNN a copy of her complaint and said the allegations in the other seven complaints are “substantially the same.”

Of the eight employees alleging wrongdoing, only Holland-Thielen and Tom Moline, a former senior engineer at SpaceX, agreed to go on the record.

In a statement, Holland-Thielen said that she “experienced the deep cultural problems firsthand and spent countless hours comforting my peers and colleagues going through the same things and worse.

“We drafted the letter to communicate to the executive staff on their terms and show how their lack of action created tangible barriers to the long term success of the mission,” she said. “We never imagined that SpaceX would fire us for trying to help the company succeed.”

Moline said that management used an “‘ends justifies the means’ philosophy to turn a blind eye to the ongoing mistreatment, harassment, and abuse reported by my colleagues, much of which was directly encouraged and inspired by the words and actions of the CEO.

“I hope that this … claim will demonstrate that no one is above the law, and empower SpaceXers to continue to speak up and fight for a better, more equitable workplace,” Moline said in a statement.

Their letter asked SpaceX management to make it publicly clear that Musk’s statements — particularly on Twitter — did not reflect the views or values of the company or its employees and asserted that SpaceX’s so-called “No Asshole” policy was unevenly enforced.

SpaceX COO Gwynne Shotwell described the “No Asshole” policy in a commencement address last year, saying, “These kinds of people — assholes — interrupt others; they shut down or co-opt conversation; and they create a hostile environment where no one wants to contribute. … Embrace the ideas of your fellow workers, especially when they differ greatly from yours.”

In the weeks leading up to the letter, Musk posted tweets that mocked newly surfaced reports that he exposed himself to a female flight attendant on a private jet (he also called the allegations “untrue”); suggested creating a university with the acronym “TITS”; made sexual jokes at the expense of Amazon billionaire Jeff Bezos and a US senator; appeared to pillory the use of pronouns and gay pride flags during pride month; posted a meme that dismissed the idea that “mansplaining” exists and another that compared the Canadian prime minister to Hitler. It was also around the time Musk was embroiled in the will-he-won’t-he phase of his decision to buy Twitter.

The letter was circulated among employees before it was sent to management, and SpaceX chief operating officer Gwynne Shotwell responded in an email to staff, alleging that a survey revealed that the letter and requests for signatures had “upset many.”

“That is, the letter, solicitations and general process made employees feel uncomfortable, intimidated and bullied, and/or angry because the letter pressured them to sign onto something that did not reflect their views,” Shotwell’s email, sent June 16, reads.

The same day the letter was sent, Holland-Thielen and four others were fired, according to the NLRB complaint.

“After this initial wave of wrongful retaliatory terminations, over the next two months SpaceX continued its campaign of retaliation and intimidation by interrogating dozens of employees in private meetings and falsely telling them that the conversations were attorney-client privileged and could not be disclosed to anyone,” the complaint reads, referring to the meetings as “unlawful coercive interrogations.”

Laurie Burgess, another attorney representing the former employees, called the events “shocking” in a statement.

“It’s shocking that SpaceX appears to believe that its mission of getting humans to Mars justifies turning a blind eye to workers’ basic civil rights,” Burgess said. “I’m proud to represent the brave employees who stepped up to challenge SpaceX’s conduct by collectively advocating for basic workplace protections.”

When an NLRB claim is filed, the board launches its own investigations of the claims that includes “interviewing witnesses and requesting documents,” Anne Shaver, a San Franciso-based employment attorney representing the eight former SpaceX workers, told CNN. The process typically takes seven to 14 weeks, according to its website. If the charges are found to have merit, the NLRB will then file its own complaint appoint an attorney, Shaver added, and the matter will go to a hearing before an administrative law judge unless there is a settlement.

This isn’t the first time Musk has elicited allegations of violating labor laws, which are designed to protect workers from harassment, discrimination and unsafe working conditions. The NLRB has already taken action against Tesla, Musk’s electric car company, for attempting to prohibit workers from wearing clothing that bears the insignia of a labor union. The labor relations board has also ordered Musk to delete an old tweet that was overtly anti-union, and a judge last year deemed that Musk illegally fired employees who attempted to unionize.

Tesla, which does not have a communications team, did not respond to reporters’ inquires about those developments.

Elon Musk Is Not Worried About Twitter Staff Leaving the Company

Sun Nov 20 , 2022
Twitter owner Elon Musk tweeted that he’s “not super worried” about Twitter staffers leaving.  Musk said “the best people are staying,” in response to a tweet by Barstool founder Dave Portnoy.  Twitter staff are leaving the company after refusing to sign up to its new “hardcore” culture.  Loading Something is […] 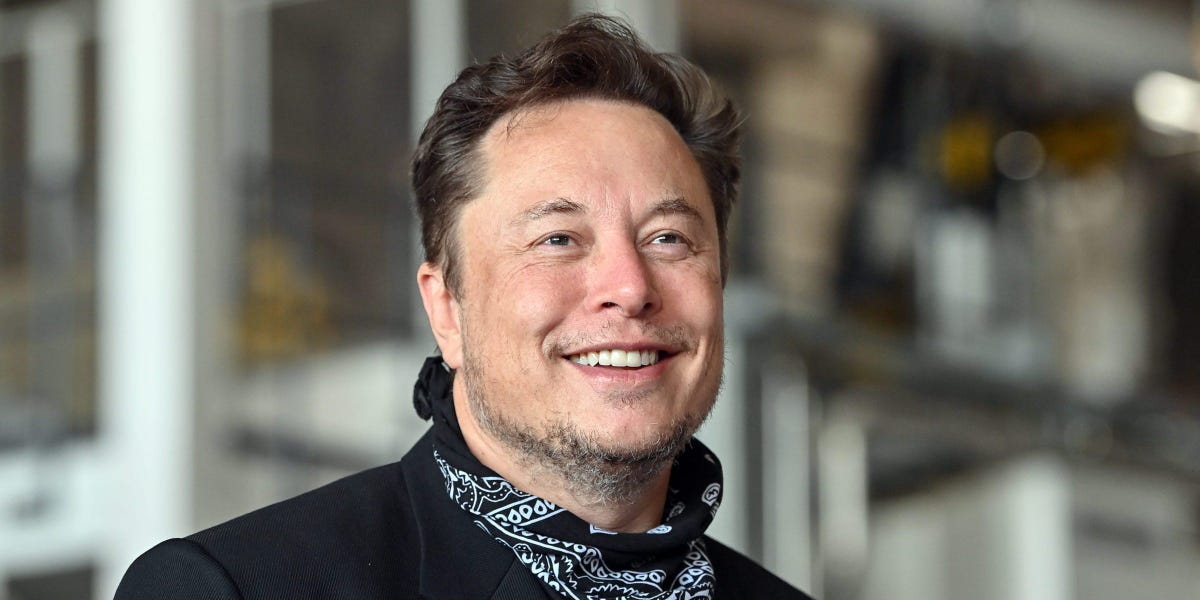