A year ago, the housing market was on a roll.

Sales of existing homes rose 7% in September from the prior month, reaching an annual pace of 6.29 million. Prices of a median home, meanwhile, were up 13.3% from a year earlier.

This week, the housing market will see a new round of economic data for September and the picture is vastly different. On Thursday, the existing home sales report is expected to show sales have fallen to 4.7 million annually – a drop of 25%.

The culprit? An aggressive program of interest rates from the Federal Reserve designed to arrest inflation that has led to mortgage rates of 7%, more than double a year ago.

Other measures of housing activity – including building permits and new construction starts – are expected to show declines of 0.8% and 7%, respectively.

Political Cartoons on the Economy

“The shortage of inventory, combined with affordability challenges continue to weigh on the housing market,” Sam Bullard, managing director and senior economist at

Wells Fargo’s corporate and investment banking unit, wrote on Sunday. “Home prices are beginning to contract sequentially, a trend we believe will continue in 2023, with nation-wide home prices falling about 5.5%.”

Along with the rise in gasoline and food prices throughout much of the year, the deterioration in the housing sector is the economic trend most likely to be felt by consumers, especially among higher-income households.

Following the arrival of the coronavirus pandemic in March 2020, prices of assets such as homes and stocks rose sharply as Washington poured money into the economy and interest rates fell to historic lows. Year-over-year gains in home prices reached close to 20% on average and even more than that in some Sun Belt markets such as Arizona, Southern California and Florida, at 30%.

But that trend began to reverse itself earlier this year as the Fed signaled an about-face on its easy money policies and fiscal stimulus dried up. Inflation accelerated following the Russian invasion of Ukraine in late February. The overall economic picture is now one of higher prices and increased borrowing costs.

“At today’s rates and home prices, buyers who purchase a home are paying about 80% more for the same house than if they had bought at the same time last year, “ Realtor.com noted on its site on Saturday.

“People who’ve been looking diligently over the last six months are frustrated because they’ve experienced in real time the shock,” mortgage lender Shmuel Shayowitz, of Approved Funding in River Edge, New Jersey, told the site. “Anybody who really doesn’t need to buy or isn’t in a rental squeeze where their rent continues to rise, they’ve pulled back [from purchasing homes].”

While much of the public angst over the economy has centered on rising prices, it is the prospect of declining prices for homes and stocks (down 25% from a year ago) that could be equally bad for the economy as home purchases tend to lead to more spending on related items like appliances, furniture and flush investment accounts also lead to spending on travel and even homes themselves.

While consumer spending has held steady, it has declined when inflation is taken into account and there has been a noticeable shift in spending away from goods to services such as health and personal care.

The week’s economics news concludes with the release of the leading economic indicators on Thursday. Forecasts are for a monthly drop of 0.3%.

4 Types of People Who Should Definitely Have Life Insurance

Mon Oct 24 , 2022
Insider’s experts choose the best products and services to help make smart decisions with your money (here’s how). In some cases, we receive a commission from our our partners, however, our opinions are our own. Terms apply to offers listed on this page. Life insurance is a contract between you […] 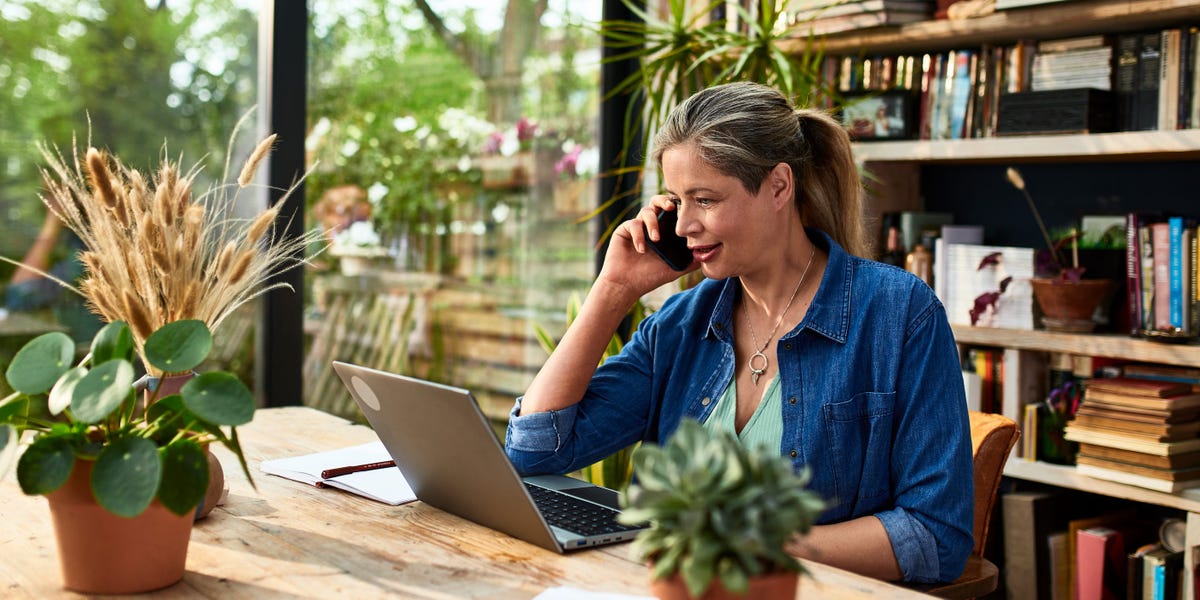