(Bloomberg) — For day traders with wanderlust, Puerto Rico seems to have it all: killer tax breaks, endless beaches and a laid-back Caribbean vibe that can take the edge off even the cruelest market.

Most Read from Bloomberg

What it didn’t have was the raw energy and camaraderie of a trading floor. So Anand Sanghvi and Dip Patel — a former hedge fund manager from Boston and a banker from New Jersey — decided to build one in the capital, San Juan.

TradeSpace is a co-working facility that caters to a new breed of work-from-anywhere traders. With 14 stations plugged into high-speed internet, a lounge, a meditation room and showers, the business attracts a mix of locals and globe-trotting investors testing their luck in the stock market.

Inaugurated just before the pandemic, the space was designed to be part trading room, part educational effort and part social club.

“Traders are generally a lonely bunch,” said Sanghvi. “They just kind of sit at home and do it. They probably don’t even talk to their spouse about it because they’d get worried. So, I was like, ‘I don’t want us to be lonely anymore.’”

Lately, there’s been a lot to commiserate about. As the stock market has tanked and the crypto winter has set in, traders have been awash in pain.

Sanghvi said he has about $300,000 locked up in the FTX collapse, and another TradeSpace member owns thousands of Bitcoin ATMs. “So yeah, there’s been plenty of crypto woes here,” he said.

Sanghvi, 39, is better known by his online moniker “Lucci” and the Sang Lucci website and social media accounts he helped start that offer financial education and irreverent advice on options trading. TradeSpace is an extension of those efforts.

At first blush the business looks like it might be a student lounge. It’s tucked away on the fourth floor of a nondescript building in a busy commercial district. Pizza boxes and bicycles are stacked in the corner, and a group of 20- and 30-somethings are sprawled on couches in front of a massive TV. But instead of a football game they’re watching Treasury Secretary Janet Yellen. And the water cooler chatter is about crypto plays and shorting equities.

Membership to TradeSpace ranges from $300 to $950 a month — more expensive than generic co-working spaces that dot the island.

Puerto Rico has become an unlikely hotbed for traders. Those who establish residency in the US territory — and meet certain requirements — don’t have to pay federal income tax, and have access to a local 4% tax rate. Crucially, they also pay no capital gains tax, which makes it alluring for equity and crypto investors.

Among the mainland celebrity financiers who sometimes call the island home are Peter Schiff, Nicholas Prouty and Dan Morehead.

Adam Gefvert, 44, left a New York hedge fund a few years ago to be a stay-at-home day trader in Medellin, Colombia. But the visa headaches, time zone difference, and dual-nation tax complications left him looking for greener pastures.

He moved to Puerto Rico in 2021, lured primarily by the tax benefits.

“It’s the only place where you can get these kind of tax breaks without having to get rid of your American citizenship, and that makes it unique,” said Gefvert, who specializes in shorting micro-cap stocks. “I have no family and the weather is nice, so this is great.”

At TradeSpace he’s found a community of like-minded investors who can kick around ideas. “That’s what keeps me coming back, I always learn something,” he said.

Even when the island isn’t getting battered by storms, electricity outages are still common. (TradeSpace has battery backups and a generator to keep the lights on and the trades flowing. It also has three separate high-speed internet connections, including Elon Musk’s Starlink.)

There’s also some pushback against the newcomers. In a territory with one of the highest poverty rates of any US jurisdiction, the perception that wealthy mainlanders have access to tax breaks not available to locals is a source of friction.

Shortly after Gefvert bought his apartment in a tony area of San Juan, someone scrawled “Gringo go home” on the street.

“Some Puerto Ricans are resentful that I get tax breaks that they don’t,” he said. “That’s not an uncommon thing around here.”

Sanghvi and Patel are sensitive to those issues, and they’re trying to make TradeSpace benefit locals as much as it does mainlanders.

After Hurricane Fiona caused an island-wide blackout in September, the office opened its doors to non-members so people could charge their phones and use the internet.

TradeSpace also has a nonprofit arm called OYE — Own Yourself Everyday — that provides free business and financial education workshops aimed at locals. It also does charity work.

Kevin Rodriguez, a 22-year-old day trader who also produces a video blog about personal finance, says being at the office during the market tumult has been eye opening, as he’s watched colleagues capitalize on the chaos through short positions.

“Beyond the solidarity we feel for people who have been hurt, there’s also a sense of euphoria,” he said. “This could represent a great speculative opportunity for us.”

Patel and Sanghvi plan to eventually roll out TradeSpace in other places such as the Dominican Republic, Colombia, Miami, New York, and Austin, Texas — creating a network for roving traders.

“Trading doesn’t have to be just sitting in front of your screens all the time,” Sanghvi said. “We’re all here to make some money, so let’s make money, but also let’s help some people out if we can. Let’s have fun.”

Most Read from Bloomberg Businessweek

Fri Dec 16 , 2022
gorodenkoff/Getty If every business is becoming a software business, who should be guiding this journey? People who understand the power of software, of course. As business users build more of their own interfaces and even back-end apps, software developers will see their roles increasingly elevated from coders to advisers to […] 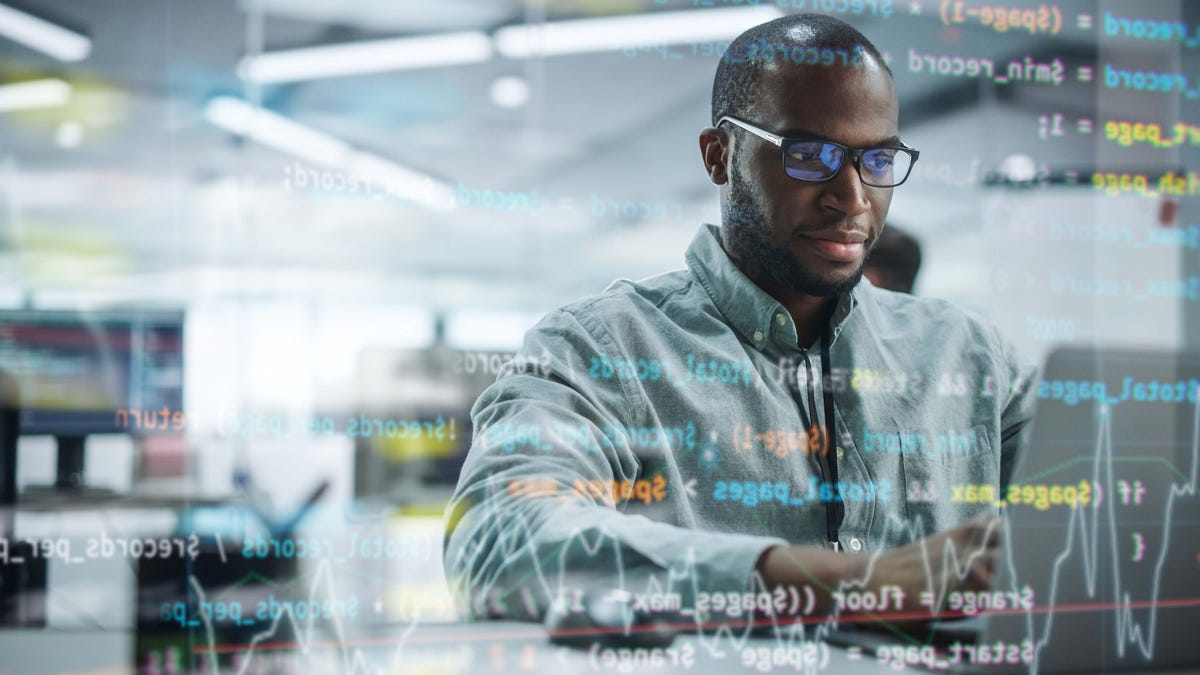