A BlockFi representative laid the blame for the crypto lender’s bankruptcy filing Monday squarely on FTX Trading, whose Alameda Research affiliate defaulted on $680 million of collateralized loans to the digital financing platform. BlockFi also sued a company controlled by FTX founder Samuel Bankman-Fried, apparently seeking to take control of a 56.3 million-share stake in the online brokerage Robinhood, after a separate default.

In the bankruptcy case, an affidavit by Mark A. Renzi of Berkeley Research Group, a proposed financial adviser to BlockFi, revealed what the company’s communications earlier in the day hinted at: that financial exposure to the collapsed FTX conglomerate was the proximate cause of Monday’s petition for protection from creditors.

FTX had engineered a bailout of BlockFi over the summer, as the collapse of the luna and terraUSD cryptocurrencies set off a cascade of liquidity events in the digital assets market. The deal had included a credit line of $400 million that BlockFi could tap. The company borrowed about $275 million, the affidavit indicated, and then sought $125 million more on November 8. FTX did not provide the additional funds, and it filed its own Chapter 11 case three days later.

After BlockFi’s credit request was denied, Alameda defaulted on $680 million of collateralized loan obligations, “the recovery on which is unknown,” according to the affidavit.

The lender also has cryptocurrencies held on the FTX exchange that “became trapped” because of that company’s bankruptcy filing, according to the affidavit.

BlockFi singled out exposure to FTX in a statement announcing its filing earlier in the day, saying it would “focus on recovering all obligations owed to BlockFi by its counterparties, including FTX and associated corporate entities. Due to the recent collapse of FTX and its ensuing bankruptcy process, which remains ongoing, the company expects that recoveries from FTX will be delayed.”

In the alleged separate default by Emergent Fidelity, BlockFi sued that company and ED&F Man Capital Markets for breaking on a pledge agreement signed November 9. The suit says BlockFi had “agreed to forbear from exercising certain rights and remedies” available on loans “as a result of multiple events of default.”

The collateral is an approximately 7.6% stake in Robinhood, according to the Financial Times, which cited loan documents that it said it has seen. Emergent announced it had amassed a stake of that size in May, describing Bankman-Fried as its majority owner. The 56.3 million shares are worth about $517.4 million at the current price of $9.19.

The bankruptcy petition listed a $275 million obligation to FTX as BlockFi’s second-largest unsecured liability. FTX has managed to keep its creditors list private for the time being, and BlockFi only identified three unsecured claims.

The filing revealed that BlockFi has more than 100,000 creditors. It also showed BlockFi assets and liabilities each between $1 billion and $10 billion.

The BlockFi bankruptcy petition listed a $729 million obligation under a February 28 indenture to Ankura Trust of Fairfield, Connecticut. Ankura is the trustee for BlockFi interest-bearing accounts.

BlockFi said in its announcement that it has $256.9 million of cash on hand to support operations while it attempts to craft a plan to “maximize value for all clients and other stakeholders.” Renzi’s affidavit said the company considered its cash position to be sufficient to finance the costs of the bankruptcy case and that it is not seeking debtor-in-possession financing.

The filing took place in the U.S. Bankruptcy Court for New Jersey under Chapter 11 of the federal Bankruptcy Code. BlockFi International, which is based in Bermuda, also filed with that country’s Supreme Court for the appointment of liquidators. It said it expected client claims to be addressed in the U.S. proceedings.

A section of the bankruptcy petition meant to identify equity owners read “Intentionally omitted for purposes of filing.” But the next page of the document identified Valar Fund V as a 19% shareholder.

Updated November 28 to include information on the bankruptcy filing and Emerging Technologies suit.

Tue Nov 29 , 2022
Eva-Katalin/E+ via Getty Images It has been a long time since I covered Whirlpool (NYSE:WHR), yet, as the business announced a big deal this past summer, and shares keep slumping, it is time to pick up coverage on the big household appliance maker here. In the summer of 2018, I […] 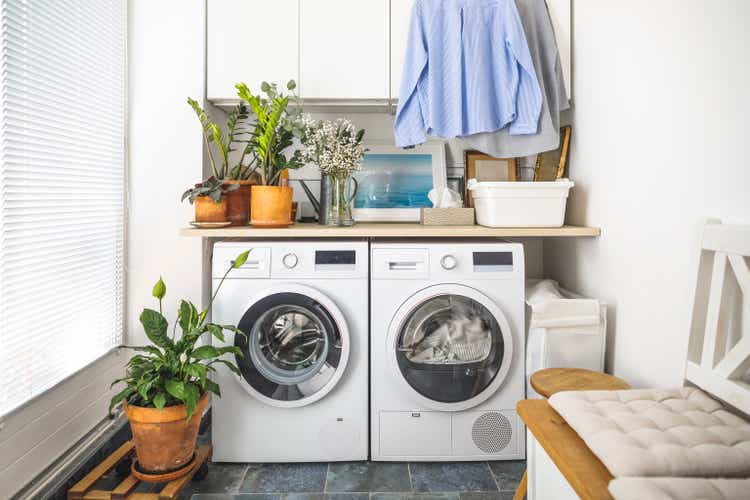