To President Joe Biden’s credit, his policies didn’t cause many of the economic problems we face today. But they did make them worse. Even more troubling, his policies might reduce growth in the future and make the economy less equal and resilient.

The president normally doesn’t have much impact on the current economy; he doesn’t set energy or asset prices. But this administration has been especially productive when it comes to economic policy making, and most of those policies were bad for the economy. A healthy economy is growing; has low, stable inflation; is resilient to shocks; is able to create and adapt to new technology; and has some degree of equity among its constituents. Biden’s policies undermine all of these things.

Biden insists the economy is strong, and to some extent that’s true: Unemployment is low and household balance sheets are still in good shape. But inflation is high, GDP numbers are weak, a recession is looming, wages after inflation are falling and so is the stock market. Biden didn’t cause inflation — that was the result of supply constraints from the pandemic, loose monetary policy and the Trump-era stimulus bills. But then, just as the economy was starting to recover, the 2021 American Rescue Plan came along and made inflation even worse.

Economists estimate it was way too large and may have added from  2 to 4 percentage points to inflation. Coming on top of trillions of dollars in relief spending by the previous administration, the American Rescue Plan was excessive, in part, because it gave generous benefits to families who didn’t need it — middle- and upper-middle-class families who made six figures got checks. This may have been politically popular at the time, but the inflation it caused is harder on low earners who are more price-sensitive and will experience more harm during any recession caused by the efforts to fight inflation.

Nor is Biden responsible for high energy prices, which were starting to rise as we came out of the pandemic and then went even higher because of the war in Ukraine. But his rhetoric against oil companies — suspending leases on public land, promising to eliminate use of fossil fuels and calling for oil companies to pay more for capital — reduced their incentive to invest in new production. He also nixed the Keystone XL pipeline from Canada, which had been slated to be finished early in 2023. All this adds up to fewer sources of energy now and less resilience to international price shocks.

Biden’s next, and supposedly best, legislative achievement was the 2021 $550 billion infrastructure bill. And there are aspects of it that are good for the economy: Improvements to ports and roads, creating resiliency to climate change, and expanding access to high-speed internet are all winners. But how the execution of these goals will play out is a major source of concern. For example, the bill ensures that as many jobs as possible go to union workers. In principle, there is nothing wrong with hiring unionized workers. But when government projects give unions a monopoly, it drives up costs and drags out timelines by years. A more competitive bidding process for labor would increase the odds the projects will go well and not cost taxpayers extra money.

Overall, there has been little, if any, attention paid to cost control. The bill also contains a lot of money for politically favored projects, such as his administration’s infatuation with passenger railroads and electric cars.

Investments in the economy can pay off, but like any investment they must be well-targeted and not excessively expensive, otherwise they just increase the deficit without generating much growth. And more debt makes the economy less resilient because higher interest rates mean there will be less room for spending in the future when we really need it.

This year’s $280 billion CHIPS Act suffers from many of the same problems as the infrastructure bill. It aims to increase production of American memory chips that are critical to the economy. Funding scientific research is great, and  in theory, the bill aims to make the economy more resilient by reshoring production of an important good. But the US lacks the skilled labor force to make the chips it needs. Even more worrying is the instinct to craft industrial policy that tends to make domestic industry less competitive, robs domestic producers of quality inputs from abroad and makes goods more expensive.

It also creates more distortions in the economy by spending on favored industries. And again, the bill favors more expensive unionized workers, who don’t have a great track record embracing new technology. Innovation and an ability to adapt to new technology is critical to a healthy economy. Industrial policy is tempting because you can direct money to places that appear to promise growth. But even if the process never gets corrupted (which it often does), picking winners is extremely difficult without market discipline.

Further, Biden’s ”Buy American” provisions and new trade sanctions aim to reduce trade. Yet trade has been one of the biggest deflationary forces in the last 30 years. Resilience doesn’t come from domestic production, it comes from diversification — as in, many source of computer chips from a globally competitive market.

The 2022 Inflation Reduction Act at least claimed to address inflation., though much of the bill is dedicated to spending, which is bad for inflation. The hope is it will reduce inflation in the future by lowering the deficit over the next decade. But within weeks of its passage, any potential deficit reduction was undone by the regressive student loan forgiveness executive order.

It gets worse. Biden’s Department of Labor is looking to make it harder to hire gig workers. These jobs are an important source of supplemental income and flexibility for many families. Biden also promised to keep entitlements such as Social Security on an unsustainable path, retained Trump-era tariffs and hasn’t made relieving immigration backlogs (a big part of the labor shortage) a priority.

The best thing that can be said about Biden’s economic strategy is that Republicans don’t have much better ideas. No matter what happens in the midterm elections, we need policies that restore dynamism and growth to the economy rather than shoveling money at pet projects and politically favored constituents.

Events in the UK demonstrate that advanced economies do have a limit on what they can spend, especially in a high-inflation environment where there are fewer foreign buyers of our debt. Resilience and growth are what the economy need to reduce inflation and bring more prosperity, and that takes a functioning market that can allocate risk and trade as freely as possible. Biden’s policies don’t achieve that, they just stand in the way.

More From Other Writers at Bloomberg Opinion:

Why Breaking the QE Addiction Is Such a Struggle: Daniel Moss

This column does not necessarily reflect the opinion of the editorial board or Bloomberg LP and its owners.

Allison Schrager is a Bloomberg Opinion columnist covering economics. A senior fellow at the Manhattan Institute, she is author of “An Economist Walks Into a Brothel: And Other Unexpected Places to Understand Risk.” 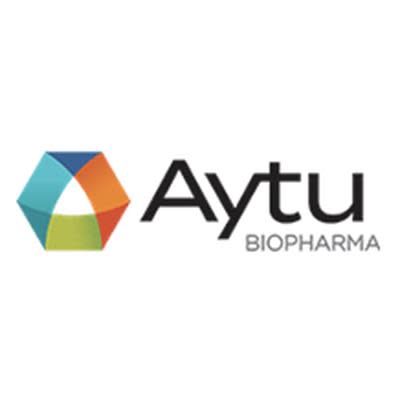