Lauren LeBlanc Haydel founded Fleurty Girl in 2009 with a $2,000 tax refund and a vision for a different life. The single mom of three thought she was just creating a t-shirt business for women, but in the 13 years since, the business has created whimsical and fun spaces that celebrate the city, culture, and makers of her hometown of New Orleans.

The only plan Haydel really had back then was to come home to New Orleans from Baton Rouge, where she was living at the time. The not-a-plan plan took shape when an “aha” moment made her realize that life could be better.

I was living paycheck to paycheck with one kid in aftercare and twins in daycare, and by the time I paid my mortgage, there really wasn’t much left at the end of the day. I just thought this is my one shot. Lauren LeBlanc Haydel, Owner of Fleurty Girl.

So, she took a leap of faith.

“I realized I’m going to start a t-shirt line about New Orleans and feminine cut t-shirts, and it’s going to be called Fleurty Girl,” Haydel said. “That became the plan.”

The only exit strategy she had was to give the shirts away for Christmas if they didn’t sell. It turned out she didn’t need it because her shirts sold — so well that she opened her first brick-and-mortar store six months later.

But it isn’t just that leap of faith to which she attributes her early success. If it weren’t for the landlord who took a chance on the burgeoning business owner by renting her a tiny house on Oak Street that doubled as her first store and the home she shared with her three children, Fleurty Girl might not have come to be.

“I did not have the credit. I asked the landlord, ‘Can you please just give me a chance? I know this sounds crazy. But I want to open a shop,'” Haydel said. “‘I want to take the window and make it a door and turn this into a shop and take these three small kids that you see running all over your yard and put them in one bedroom.'”

Unexpectedly, he said yes, and Fleurty Girl had its first store.

That wasn’t the only unexpected event that would define the entrepreneur’s journey. As the store on Oak Street started to gain momentum, the NFL sent a letter demanding she stop selling t-shirts with the New Orleans Saints’ catchphrase “Who Dat?” because it said it owned the rights to the phrase.

The NFL didn’t know that New Orleans would rally around Haydel.

The exposure from the cease-and-desist letter gave Fleurty Girl the buzz it needed because locals ate up her merchandise, and wanted more. She became a household name in New Orleans – even tourists now flock to her stores.

Along the way, Haydel leaned on the people of her hometown and her State Farm agent, Nora Vaden Holmes, who has supported, encouraged, and protected Haydel through Fleurty Girl’s growth.

I watched Lauren grow in her business, even through the NFL incident. We all cheered her on. I’m going to buy her t-shirts. I’m going to do whatever to support her.
– Nora Vaden Holmes, State Farm ® Insurance Agent, Metairie, Louisiana.

So, it was no surprise that Haydel chose State Farm for her business insurance. Haydel had even worked at a State Farm office, and her grandfather, “Paw Paw,” had been a State Farm agent at one point.

“We’re a State Farm family. We grew up at my grandfather’s agency. I worked at his agency,” Haydel said. “He had seven children, and he had this wild idea that he wanted to be a State Farm agent. He even took a pay cut to become one.”

Haydel is still very much involved, and you can often see her (and Holmes) at one of her stores. Haydel often credits luck and those who have supported her as integral to her success. But Holmes thinks it’s Haydel’s tenacity and hard work.

“She’s the hardest working person I know,” Holmes said. “You see her on Sundays, in her van, running around you. She was walking to the store today. She is always working.”

State Farm and Holmes have proven they’re more than good neighbors. They are Haydel’s biggest fans, willing to champion her through her wins – and challenges.

And for Haydel, working for and with State Farm has always been about relationships.

“It’s the people behind the policies. That’s the story we have to tell,” Haydel said. “Nora is amazing, and so was my Paw Paw. It’s a relationship, not a transaction.”

Learn more about how State Farm can help grow your small business.

This post was created by Insider Studios with State Farm.

Tue Dec 6 , 2022
Despite fears of a potential recession, Nevada’s coffers are expected to be stuffed full of tax revenue for the next several years as the state’s economy continues to hum. The Nevada Economic Forum Monday approved a projected budget of $11.4 billion for fiscal years 2024 and 2025, more than $2 […] 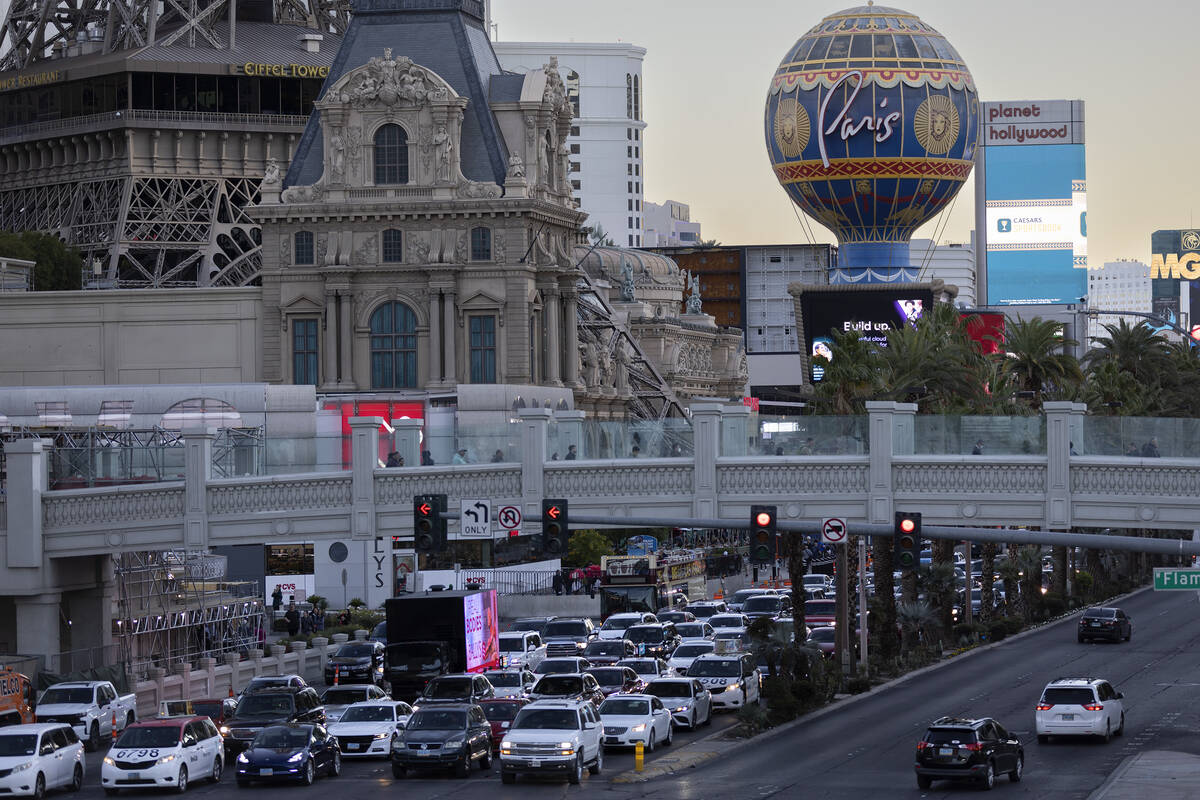